Louis William Wain was born in the London district of Clerkenwell in London on 5th. August 1860. Louis Wain’s father had moved to London from Leek in Staffordshire where he met Julie Felice Boiteux (Anglo-French) who attended the same Roman Catholic church. They married in 1859. Later Louis was to have 5 sisters, two of whom became competent artists.

In the period from 1880's up to the start of the first world war he ruled supreme in cat and animal humour especially the 'Louis Wain Cat' which was recognised worldwide.

Queen Victoria had been on the throne for 23 years when Louis Wain was born and the new railway companies were establishing routes throughout Britain. Clipper ships traded across the oceans and seas of the world..

The Louis Wain dogs and cats appeared in Art Prints, Comics, Newspapers, Books, Magazines, Post Cards and Annuals. The Wain cats are to be found in every human activity - from playing golf and other sports, digging up roads and Playing music. One of his quirks was to draw cats in their more interesting moods, Mr Wain sketched with his left hand a pretty feline
head, and then signed it with his right hand.

In his early years Louis Wain was a sickly child and often skipped school. He attended his early schooling at The Orchard Street Foundation school in Hackney and at The Saint Joseph's Academy, Kennington.

Wain was born with a Cleft Lip and the doctor gave his parents the orders that he should not be sent to school or taught until he was  ten years old. As a teenage youth, he was often truant from school, and spent much of his childhood wandering around London. The Victorian term ‘a sickly child’ was applied to him. Louis next studied at West London School of Art for three years and stayed on as a teacher. At the age of 20, Wain was left to support his mother and sisters after his father's death.

With reference to his family, Louis Wain's father had moved to London from Leek in Staffordshire where he met Julie Felice Boiteux (Anglo-French) who attended the same Roman Catholic church. They married in 1859. He had 5 younger sisters (two  of whom became competent artists) and his father worked as a textile salesman and his mother designed Church fabrics and carpets.

After his Father - William Wain's death in 1880 he had to support his mother - Julie Wain and five younger sisters. To help to support his family he became a freelance illustrator ( initially influenced by Caldecott and May ).

He began to make his name with Dog and Animal drawings at various Dog and Country Shows including the early British National Dog show at Crystal palace in 1882 ( which later became known as Crufts ).

In 1884 Louis Wain married Emily Richardson ( His youngest sister's governess ). Shortly after he married her she contracted Breast cancer. He brought Emily a Kitten which they called Peter and to entertain her he started drawing Peter in humorous situations and poses.

She wanted him to show his cat drawings to some editors to which some comments were - ‘whoever would want to see a picture of a cat.'

The break he had been waiting for came in 1886 when he drew several kitten illustrations for a children's book. After this, Sir William Ingram, Proprietor of the Illustrated London News, commissioned a narrative drawing of a ‘Kitten's Christmas Party'. It contained 200 cats, took 11 days to complete and according to Wain brought him‘overnight fame.' With the success of his funny cat pictures they started to make his reputation here in Britain and in America where his humorous cat pictures were seen in Comics, newspapers and magazines. These pictures were so successful that his life would never be the same again. Alas, this was tinged with sadness as his wife died shortly after wards, but knowing that Louis Wain had become a great success.

In the period from 1880's up to the start of the first world war he ruled supreme in cat and animal humour especially the 'Louis Wain Cat' which was recognised worldwide. The Louis Wain cats appeared in Art Prints, Comics, Newspapers, Books, Magazines, Post Cards and Annuals. The Wain cats are to be found in every human activity - from playing golf and other sports, digging up roads, playing music, Ascot fashions, Circus animals, Driving cats plus lots more.

In 1886 he joined the staff of The Illustrated London News. He was the first illustrator to work consistently within the convention of depicting clothed and standing animals.

He contributed to books including "Comical Customers at our Fine New Store of Comical Rhymes and Pictures" in 1896 and to "Jingles. Jokes and Funny Folks" in 1898.

His anthropomorphic vision of the world soon brought him fame and as a result he was elected President of the British National Cat Club in 1898 and 1911.

Wain’s lifelong love of all animals led to him being invited to sit on the governing council of ‘Our Dumb Friends League’ and as a committee member of the Society for the Protection of Cats.

1902 saw the word "Catland" commonly associated with Wain's illustrations, and the publication of "Pa Cats, Ma Cats and their Kittens." At the peak of Wain’s work output, he was producing on average more than six hundred designs a year for publications such as the Illustrated Sporting and Dramatic News and the Illustrated London News for which he drew English scenes populated by various types of animals in fine detail and Post cards and fine art prints. During the early 1900's he produced a whole lot of circus animal related pictures which proved very popular.

In 1904 Louis Wain wrote a book entitled 'In Animal land with Louis Wain' which was a great success. During 1907 he invested all his savings into various Ceramic's with pictures based on his funny cats and sent most of them to America. Alas, while crossing the Atlantic, the ship capsized and all Louis Wain ceramics went to the bottom of the sea. Due to this misfortune Louis Wain went bankrupt and decided on a temporary move to the United States. He produced strip cartoons for the New York American ( 1907-1910 ) and many other American comics, newspapers and magazines.

After the death of his mother, In 1910, he returned to England and over the next few years he continued to produce books and supply pictures to various comics, newspapers and magazines.

He continued drawing fanciful cats for various newspapers and comics near the end of the first world war. During this time in 1917 he was thinking of experimenting in animation and the film was to be called 'Pussyfoot'. Alas, he decided not to persue this project and so the world lost the chance of a genius of comic cat art moving into animation. This year was a turning point in the history of Louis Wain's cats. His sister Caroline died and he fell off an Omnibus and hit his head.

After he recovered from these set backs his cats became more frenzied, surreal, jagged and pointy. During 1917 he was also diagnosed as a schizophrenic which alas, stayed with him for the rest of his life. During the onset of his disease at 57, Wain continued to Paint, Draw and Sketch cats.

In 1924 due to the economic climate and the slow recovery of GB after WW1 Louis Wain Art became less popular and he fell into poverty when his mental health deteriorated and finally his family had him certified Insane and, he was diagnosed as a schizophrenic which led to him being committed to a pauper ward at Springfield Hospital ( Previously Surrey County
Asylum ) at Tooting, London on June 16th 1924.

During 1925 he was discovered by a visitor to the hospital painting his funny cat pictures. The visitor exclaimed that the artist pictures reminded him of Louis Wain's famous cats. Imagine his surprise when the Artist turned to the visitor and exclaimed he was indeed Louis Wain.

After the visitor told the world of Louis Wain's hospitalization, his admirers started a campaign which included prime minister Ramsey MacDonald, HG Wells and King George who helped set up a foundation which was set up to enable Wain to spend the last few years of his life in comfort in private asylums including Napsbury Hospital and Bethlehem Hospital in a private room where his treatment continued. H. G. Wells best portrays Louis Wain when he said in a 1925 broadcast, in an attempt to raise money for the impoverished artist, that three generations had been brought up on Louis Wain's cats and few nurseries were without his pictures. He made the cat his own. He invented a cat style, a cat society, a whole cat world. English cats that do not look and live like Louis Wain cats are ashamed of themselves.

I wonder how many people are still living who worked at Napsbury Hospital when Louis Wain was a patient. Several years ago I met a man whose memory of his work and colleagues was very sharp. He talked a great deal about Louis Wain who was on M.A. Ward, later ‘Beech’in the East Block and who could become very angry if he did not like you or if you touched his paintings and would put his paintings under his mattress for fear of having them taken from him.

Some time in the late 1920's he was sent to Saint James Fields, Southwark where he continued to paint and draw his cats.

In 1930 he was transferred to Napsbury Hospital near Saint Albans where he continued to paint and sketch until the end of his days. Exhibitions of his work were held in London in 1931 and 1937. On 4th. July Louis Wain died at Napsbury hospital. He is buried at Saint Mary's Catholic Cemetery, Harrow Road, London NW10 ( next to Kensal Green Cemetery, London ) next to the same burial plots as his 5 sisters and parents.

He is probably best remembered through a quote from H.G. Wells "He has made the cat his own. He invented a cat style, a cat society, a  whole cat world. English cats that do not look and live like Louis Wain cats are ashamed of themselves."

Louis often gave lectures on the welfare of cats and encouraged people to take in stray cats, not just purebred cats. He was elected as President and Chairman of the National Cat Club, which he served for many years, and the logo he designed for the National Cat Club is still used to this very day. He was also involved in many other animal (mainly cat) charities and groups.

I  have a collection of over 400 of Louis Wain 1860-1939 Funny Cats, Birds, Pigs,  Owls and Dogs on Art and have created an Online Art Museum dedicated to his life  and art, so please feel free to visit my hobby website. Eventually, I would like  to raise money to display my collection in a proper art museum for people to  visit and admire his work. 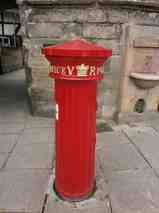